I am here today to show you which countries use Mpesa mobile money transfer services.

The success of Mpesa is well demonstrated by the number of countries which have appreciated and adopted this modern way of sending and receiving money, paying bills as well as managing your finances.

Wish to know which countries adopted the Mpesa service? Keep reading to find out!

More so, I will tell you which countries Vodafone withdrew the Mpesa services.

African Countries That Use Mpesa Services

Do you know which countries use Mpesa in Africa and how many of them are still in operation?

There are a few ones.

According to the Vodafone official website, it’s only seven (7) countries using the Mpesa service.

These are the countries that use Mpesa;

Following the agreement between MTN Group and Vodafone Group to allow their subscribers to carry out money transactions will see more countries using Mpesa service.

To be precise, the agreement will make it possible for people in Uganda, Rwanda, and Zambia accessing to Mpesa services.

In South Africa, Mpesa entered in 2010 to offer its Mpesa services through a partnership with Nedbank.

But despite hard trials to register new customers, Vodafone effort did not manage. It led to Vodafone withdraw its Mpesa services in South Africa 2016.

European Countries Where Mpesa Services Are No More Available.

Now let us take a look at some countries where Mpesa is no longer working or it fails to operate.

The trials of Vodafone to launch Mpesa services in some countries turned futile, but in other countries, it is still thriving.

The expansion of the service in Albania May 2015 was shortly shut down in July 2017.

In India however, Mpesa was launched on 18 April 2013 but was shut down this year from 15 July 2019 as a result of regulatory issues as well as struggle to thrive.

Read also: How To Become Mpesa Agent In Kenya.

Other Nations Where Mpesa Services Are Still Available

In March 2014, the Mpesa launched its mobile money service in Romania, and there is the probability of the service expanding to other countries in Eastern Europe.

In Afghanistan, the Mpesa service is a success story since the partnership between Vodafone and Roshan.

More so countered the corruption attributed to the existing model of paying police officers in Afghanistan.

What led to the spread of the Mpesa service in other countries?

Mpesa growth in other countries can be attributed to various factors.

One of them is the ease of registering for the Mpesa account.

Furthermore, it is free and requires only an official ID. Mpesa is easy to use and affordable. These factors have led to more even the literacy people in village love about Mpesa.

The second factor is the Safaricom position to allow significant investments in agents and the mobile network.

As a result of pushing back from its rivals, Safaricom was ordered by the Competition Authority of Kenya in 2016 to open its network of M-Pesa agents to other telecom companies that offer mobile money services.

To be precise, a year ago, Safaricom providers reached an agreement that allows users to exchange money irrespective of whether both parties have the same network.

No votes so far! Be the first to rate this post. 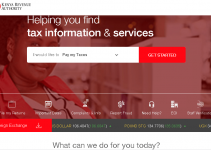 Are you using Safaricom M-Pesa to transfer your money? Great idea! But are you doing it the right way? We are here to help you with everything you need to know about Mpesa in Kenya and other countries. Be it an Mpesa Agent or ordinary user we will teach you how to Register, Activate, Send, and Receive mobile money, and even pay bills via M-Pesa.

We use cookies on our website to give you the most relevant experience by remembering your preferences and repeat visits. By clicking “Accept”, you consent to the use of ALL the cookies.
Do not sell my personal information.
Cookie settingsACCEPT
Manage consent

This website uses cookies to improve your experience while you navigate through the website. Out of these, the cookies that are categorized as necessary are stored on your browser as they are essential for the working of basic functionalities of the website. We also use third-party cookies that help us analyze and understand how you use this website. These cookies will be stored in your browser only with your consent. You also have the option to opt-out of these cookies. But opting out of some of these cookies may affect your browsing experience.
Necessary Always Enabled
Necessary cookies are absolutely essential for the website to function properly. This category only includes cookies that ensures basic functionalities and security features of the website. These cookies do not store any personal information.
Non-necessary
Any cookies that may not be particularly necessary for the website to function and is used specifically to collect user personal data via analytics, ads, other embedded contents are termed as non-necessary cookies. It is mandatory to procure user consent prior to running these cookies on your website.
SAVE & ACCEPT

We entreat you all to keep visiting this Mpesa Guide https://mpesaguide.com/which-countries-use-mpesa-mobile-money/ on regular basis for updates.

The list below is our latest M-Pesa Guides for September 2021:[display-posts][ratemypost]