In this guide, we shall give you the full history of Safaricom Plc.

Safaricom is a top-notch mobile network operator with headquarters in Nairobi, Kenya. It is the biggest telecommunication provider and among the most profitable companies in the East and Central Africa region.

It started with 12,00 0 subscribers from KPTC, which was no longer in use after Kenya Information and Communication Amendment Act was passed in 1998. It controls around 64.5%  of the Kenyan market, having 35.6 million subscribers. \

Safaricom was formed in 1997 as a subsidiary of Telcom Kenya. In 2000 Uk base organization Vodafone acquired a 40%  share of the company.

In 2008, the government offered 25% of its share via the Nairobi Securities exchange. It was ranked as the best employer in Africa and 67th by the Forbes Global 200 list.

In 2020  Safaricom employed more than 4,500 people permanently and over 1,900 on contract. 75% of the employees are based in Nairobi, while others are based in other cities, including Mombasa, Kisumu, Nakuru, and Eldoret, operating in retail outlets.

Safaricom introduced a toll-free customer line on the service line on 100 that allows customers to call for inquiries.

Thus, its customer care is a significant feature in the Kenya corporate scene that other players in the ICT sector imitate. In November 2012, Safaricom partnered with  NCBA Bank and established M-Shwali which allows its customers to follow money via Mobile phone.

Michel Joseph was the CEO between July 2000 and November 2010.  He transformed Safaricom subscribers to over 16.71during his tenure.

In his last year as the CEO, Safaricom posted a rise in before-tax profit of 37%. He is still the board chairman of Safaricom PLC.

Bob Collymore took over the leadership of Safaricom as the CEO in November 2010 to replace Michel joseph. He oversaw the introduction of numerous money products to enable it to outstand its competitors.

Because of its size and dominance, Michael Joseph was also in charge of regulatory efforts to fasten Safaricom’s wings. However, after two years of battle with cancer, he died in July 2019. The company had increased its profit by 380%, and users had doubled, making it worth $10.8 billion.

No votes so far! Be the first to rate this post. 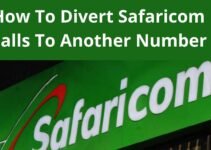 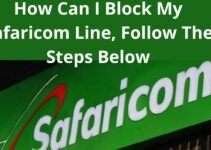 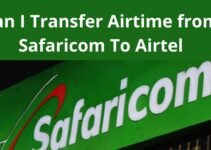 Are you using Safaricom M-Pesa to transfer your money? Great idea! But are you doing it the right way? We are here to help you with everything you need to know about Mpesa in Kenya and other countries. Be it an Mpesa Agent or ordinary user we will teach you how to Register, Activate, Send, and Receive mobile money, and even pay bills via M-Pesa.

We use cookies on our website to give you the most relevant experience by remembering your preferences and repeat visits. By clicking “Accept”, you consent to the use of ALL the cookies.
Do not sell my personal information.
Cookie settingsACCEPT
Manage consent

This website uses cookies to improve your experience while you navigate through the website. Out of these, the cookies that are categorized as necessary are stored on your browser as they are essential for the working of basic functionalities of the website. We also use third-party cookies that help us analyze and understand how you use this website. These cookies will be stored in your browser only with your consent. You also have the option to opt-out of these cookies. But opting out of some of these cookies may affect your browsing experience.
Necessary Always Enabled
Necessary cookies are absolutely essential for the website to function properly. This category only includes cookies that ensures basic functionalities and security features of the website. These cookies do not store any personal information.
Non-necessary
Any cookies that may not be particularly necessary for the website to function and is used specifically to collect user personal data via analytics, ads, other embedded contents are termed as non-necessary cookies. It is mandatory to procure user consent prior to running these cookies on your website.
SAVE & ACCEPT

That is all for now. This M-Pesa Guide was Last Updated on November 10, 2022 by Nick

We entreat you all to keep visiting this Mpesa Guide https://mpesaguide.com/history-of-safaricom-plc/ on regular basis for updates.

The list below is our latest M-Pesa Guides for September 2021:[display-posts][ratemypost]